The Future of ATR BF4 Servers 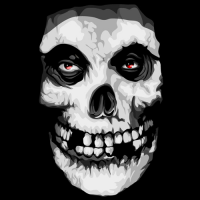 What should we do?

Top Posters In This Topic

If you haven't noticed, our BF4 servers have been empty for the past few weeks. I know most of us are more interested in other games and have grown tired of BF4. There are some that still enjoy BF4 an

Seems like the servers that are full are 24/7 servers.  I don't think any are at 60hz, most are 30/40hz.  Quite a few officials are full, but half of those aren't more than 24 players.  So maybe reduc